Puzzle Boxes in a Professional Workshop Context, An Update

A month ago, I wrote about creating escape room style puzzle boxes to teach communication skills. I recently adapted this method to work with adults in a professional training context as part of my One-Day Communication Reset Workshop. I wondered, as I was building the experience for college students, whether or not it would work with non-students.

That's good, because I am going to be rolling out a bigger version of this experience at the IAEE ExpoExpo! this fall, and it's nice to know that I have a fighting chance of getting some people who might enjoy this activity at my session.

They were *super* intense about it and were in it to win it. I thought there was a chance they would disengage, especially when they got to the hard parts, like reading and taking online quizzes, but they all really wanted to get those locks open.


Of course, it was time for revision.

I improved on the method from the last time, generating a spreadsheet to keep track of the boxes and lock levels. No more confusion!

I also created some Google Forms quizzes that gave lock code outputs for successful completion. This shorter quiz worked well, but the longer one was a problem. I set it up so they had to retake the quiz instead of individual questions, which led to a frustrating time for some during that part. I will work on that. But the online quizzes meant they didn't have to report to me to get clues. 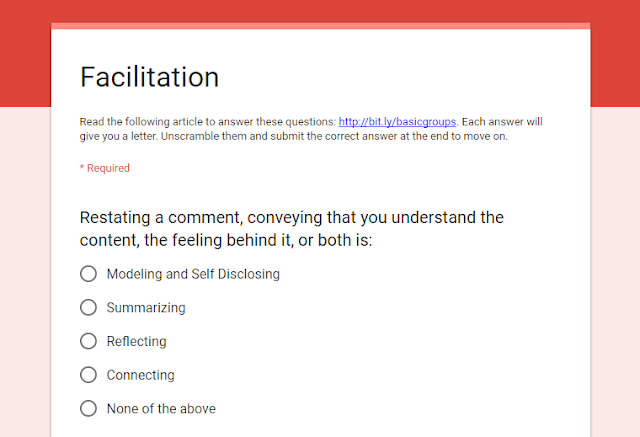 That was good, because it changed our relationship during the activity. I was the hint-giver only, not a necessary interactant. Obviously I created the puzzles, so they might have directed frustration with them toward me, but I had primed them with the idea that I would give each group a limited number of hints. They couldn't know the number, so at a certain point they couldn't know, their hints would be exhausted. They had some discussions, when faced with difficulty, about whether or not to use me as a "phone-a-friend." It displaced some of the negativity they might have had about the process in a way that improved my interactions with them during the activity.

Here's a few of the things I saw:

They had two quizzes they had to complete to get codes for locks. One was on material that we had already gone over together. The other was new material they had to read and work through for the first time. Although they told me that they only learned the new material in small pieces to ace the quiz, this wasn't true. We applied those skills, on group facilitation, immediately after a break, and they definitely knew what to do. Do we under-report our learning when an activity is interesting and engaging?

They continued to show the kinds of groupthink barriers I saw the first time around. It was SOOOOOOO helpful to have them experience that, as it is groupthink that actually makes a physical barrier to success in this case! It is visceral, and we usually like to deny that we suffer from groupthink! One example of this is with the code to a text-based combination lock. One group got this combination on some tiles and had to figure out the order of the letters on the lock. They could NOT got any combination of M, D or I to work. I had to come and flip that M over to make a W. Two of them literally facepalmed.

Groups began creating fictional "win conditions," very assertively, after a group finished first and crowed that they were in first place. One group suggested that they were the first group to have finished the longer quiz, etc. This proved an exceptionally interesting finding for our session on negotiation that would come after lunch.

I utilized this activity to prime them with failure. Games like this provide a fun experience of failure that gets subsumed into eventual success. We used some ideas from a recent Atlantic Monthly research review, "Power Causes Brain Damage,"  to talk about asymmetrical negotiation sessions. The article, by Jerry Useem, reports that merely priming people by asking them to remember a success, makes people less effective at things like accurately reading other people. So we practiced a bit with priming our failures. I'm not sure we did it systematically enough to draw conclusions from, as we had many other goals for the day, but it is interesting!

I'm still processing some of what I saw. (I still have boxes of open locks to sort through!). But I think this is a positive experience in the development of this method.

Stay tuned for more reports, especially after I use these boxes in a session at #EXPOEXPO in the fall. I have done it with pre-existing groups only thus far, students and now a team at a nonprofit. In my upcoming session, there will be a lot of strangers coming together to experience this. Should be interesting!
Labels: Teaching 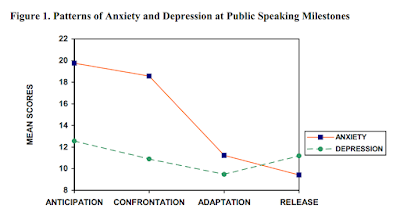 How to Get Online Speaking Right, from Meetings to Classrooms to Job Interviews to Recordings: Part One, HELP Yourself 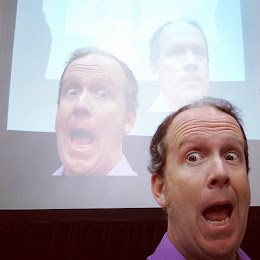